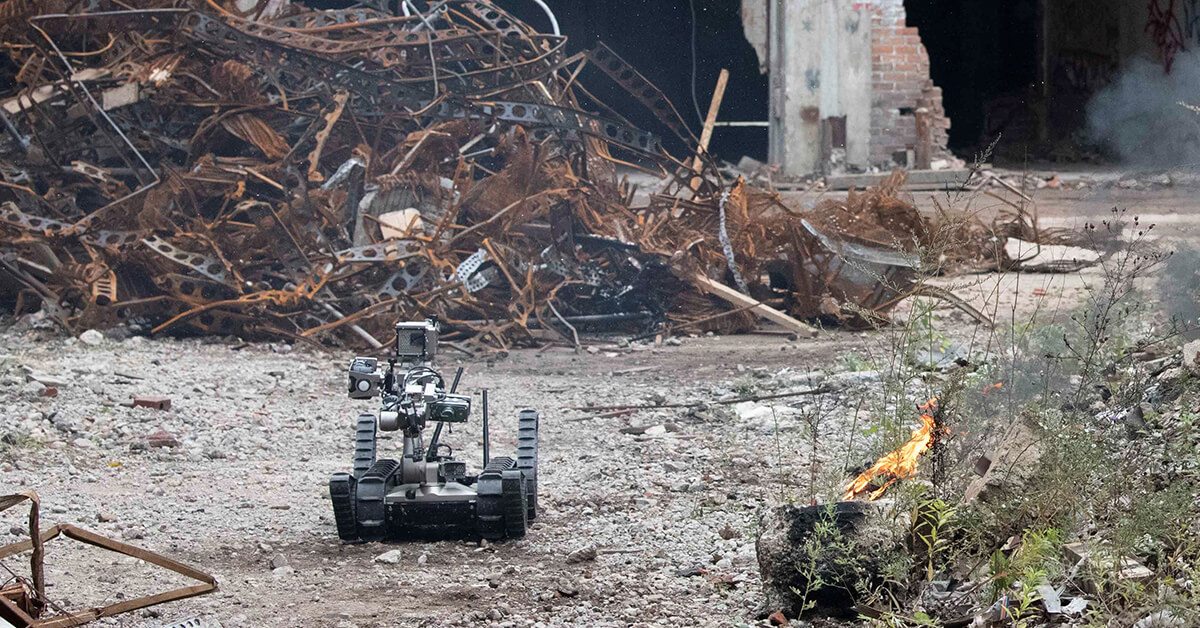 Unmanned systems have proven their worth as a force multiplier in Ukraine. The West must maintain its advantage.

Russia’s invasion of Ukraine has opened the world’s eyes to armed conflict in the 21st century.

As fierce battles play out in Ukraine, we’re all witnessing the new reality of modern warfare. And a central part of that reality is the extent to which unmanned systems – and the ability to defend against such systems – are key to success on the battlefield. It's the toughest military challenge Europe, if not the planet, has faced in more than 75 years.

Winning that challenge will require, among many things, a bolstering of our investment in military robotics.

The U.S. and its allies spend tens of billions of dollars every year on aircraft, surface ships, and submarines. Much of that spending is justified. But jets and aircraft carriers alone don't win wars. Boots on the ground do.

The heroic efforts of Ukraine’s forces are proving this maxim. Against a far bigger foe, Ukrainian fighters have repulsed Russian attacks partly by employing small drones that cost a tiny fraction of much larger traditional weapons platforms. Whether used as a loitering munition to destroy tanks and other armored vehicles, or to conduct remote surveillance and reconnaissance, unmanned aerial systems (UAS) have shown they are a gamechanger for today’s fast-paced combat operations. So, too, the need for effective counter-UAS systems to protect one’s own troops and infrastructure from autonomous air strikes.

Increasingly, battle-tested robotics are playing a crucial role in delivering information to soldiers and performing tasks that enhance their ability to perform a wide range of missions. On land, unmanned ground vehicles (UGVs) can protect troops by neutralizing unexploded ordnance, clearing mines, or detecting chemical and biological agents. Other UGV platforms support operations by hauling hundreds of pounds of gear. 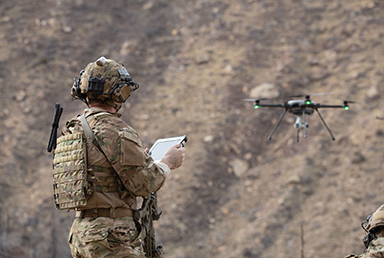 Autonomous technology is central to modern military operations. Gen. Mark Milley, chairman of the U.S. Joint Chiefs of Staff, has predicted that military robots will "play a significant role in combat" over the next decade.

While America has long been a leader in unmanned systems across all domains – air, land and sea – Russia and other nations are quickly catching up. And lately, they've turned their focus toward developing lethal robots.

In 2014, Russia rolled out the Platform-M, an ATV-sized remote-controlled vehicle equipped with a machine gun and rocket launchers. Vladimir Putin's regime followed that up with an unmanned tank that can supposedly outfight human-operated vehicles.

Russia's Ministry of Defense has programs to teach university students how to design combat robots. Reports reveal that Moscow has tested a new robotic combat unit of Uran-9 unmanned vehicles – the equivalent of robotic tanks. And last November a Russian company debuted a control system for autonomous drone swarms.

The Five Eyes, as well as other NATO members, are making significant investments in military unmanned platforms. And while the Pentagon has generally been increasing its spending on robotics, keeping an upper hand will require a steady stream of funding. Given the prolific use of drones and other unmanned or C-UAS systems in Ukraine, we must ask ourselves whether we're investing enough to stay one step ahead of the huge gains made by Russia and other near-peer adversaries.

From nano drones that can fit in the palm of your hand to 10-ton robotic vehicles armed with Javelin anti-tank missiles, the U.S. defense community is indeed hard at work churning out new military robotics. Unmanned platforms are not only effective force multipliers, but they also create standoff, putting distance between the operator and danger. We also must ensure these systems are built to military specifications. Rugged, standardized, and interoperable with other defense systems and software. Interoperability is critical when combat forces and materiel from multiple countries are all operating on the same battlefield. No one fights alone anymore.

Even the smallest improvements in technological capability matter when troops' lives are at stake. As the war in Ukraine has horrifically shown, military conflict with a major world power means warfighters are up against opponents armed with far better technology than the Taliban or Islamic State. And with far deadlier results.

But only the fullest commitment by Western allied nations to uphold our edge in unmanned systems can keep that hope alive.