CHALLENGE: Too much time spent creating software workarounds to synchronize the devices in your inspection system.

Use the IEEE-1588 Precision Time Protocol (PTP) with FLIR cameras to synchronize devices within a few microseconds, no workarounds required. Synchronizing systems to a common time base enables simplified system designs which minimize jitter and maximize throughput.

What is the IEEE-1588 Precision Time Protocol (PTP)?

The IEEE-1588 PTP is a proven technology that synchronizes the internal clocks of PTP-enabled Ethernet devices such as robots, control systems, and components to create synchronized, systemwide timestamps. Its development was fueled by the need for electrical and telecom utilities to synchronise power grids and mobile networks.

The IEEE-1588 PTP allows you to easily synchronize PTP-enabled devices within a few microseconds, compared to the Network Time Protocol (NTP) which operates on the millisecond scale.

Primary (master) and secondary (slave) devices exchange timestamped messages and compare them to determine the path delay between. Based on this offset calculation, the secondary device adjusts its internal clock to synchronize with the primary (see Fig. 1). Long-term frequency stability is achieved by periodically synchronizing clocks to compensate for drift (see Fig. 2).

Figure 2: Clocks running at the same frequency drift out over time.
IEEE 1588 devices periodically synchronize to componsate for this.

What does a simple IEEE-1588 PTP implementation look like?

In a simple IEEE-1588 PTP implementation, a few PTP-enabled Ethernet devices connect to a switch with one device acting as master clock. The devices synchronize with the primary clock, establishing a common time within the network. If no device is acting as a primary clock, the PTP-enabled devices query each other to determine the best clock to synchronize to.

If your network requires a real-world time base, connect a grandmaster clock such as the Trimble Thunderbolt® GM100 which uses the time signal from a GPS system (see Fig. 3).

What are the main benefits of IEEE-1588 PTP to machine vision?

Automation system control schemes that rely on discrete sensors at each step in a process have many sources of jitter, defined as the difference between ideal and actual periodic signals (see Fig. 4). The IEEE-1588 PTP enables precise coordination of devices, based on timestamps instead of sensor signals. This reduces jitter, enables tight system coordination, and makes throughput more predictable.

For example, in a simple industrial application using sensor-based signals, a part travels down a conveyor, a label is applied to it, and a camera inspects it to verify the labeling. If the label is missing, how can the system determine where the fault occurred? Perhaps the part arrived late and missed the labelling step, or maybe the camera was triggered early. In a system using the IEEE-1588 PTP, each action in the process would be timestamped to a common time base. This would allow the identification of the exact sequence of events and the point of the first fault.

If you are using GigE Vision cameras, enabling PTP does not require changing your existing applications as the GigE Vision standard supports IEEE-1588 PTP timestamps.

The Industrial Internet of Things (IIoT) and Industry 4.0 will have a profound impact on the design of the next generation of automation systems. The goal of the IIoT is to increase efficiency by building networks of “smart objects” like robots, control systems, cameras, and other sensors, and using big data analytics for enhanced process optimization. Accurate timestamps for every process step will be critical components of these networks. Building IEEE-1588 PTP-enabled devices into your system today will ensure that you’re ready for the IIoT tomorrow.

How do FLIR cameras help you take advantage of the IEEE-1588 PTP?

The FLIR Blackfly S GigE and upcoming Oryx 10 GigE cameras support the IEEE-1588 PTP. They provide a starting point for implementing IEEE-1588 PTP within your inspection system to stabilize your throughput, reduce your bandwidth and processing overhead, and get you ready for the technology of tomorrow. To find out more about these and other great benefits of FLIR’s Blackfly S and Oryx cameras, contact us today. 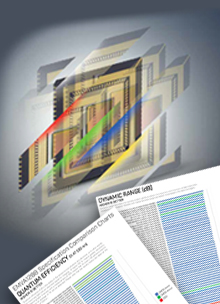