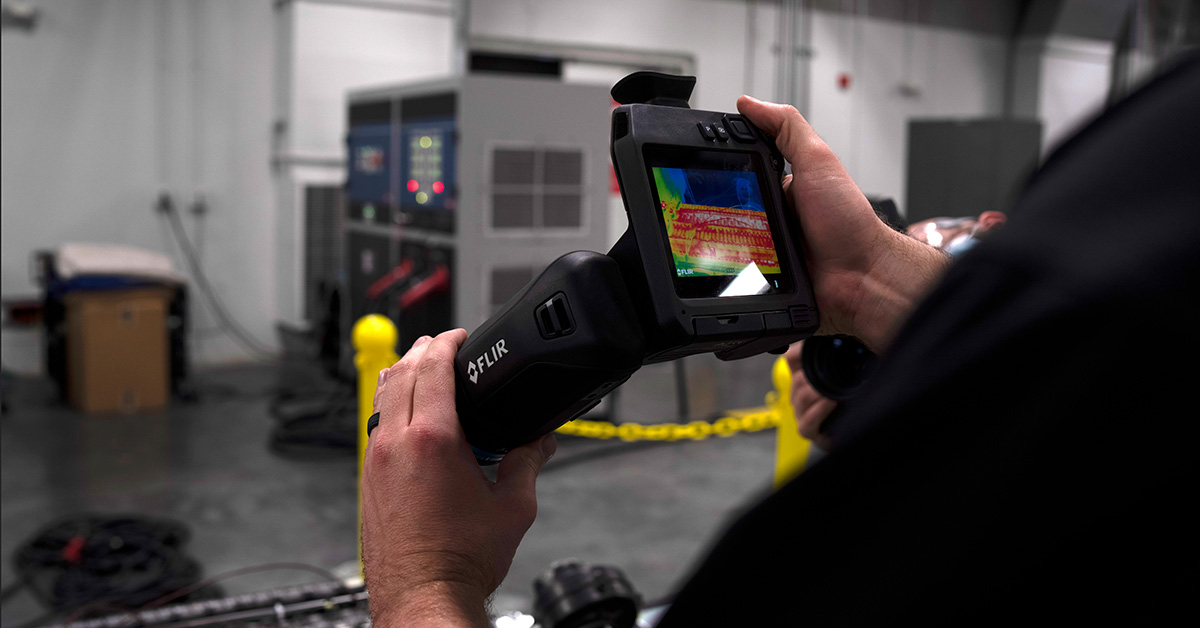 The battery packs used to power electric vehicles are large modules built using several smaller batteries. These modules are installed into a rigid frame and connected to create larger, finished battery packs. Improper mechanical connections between modules can result in high resistance, leading to a loss of power or even a battery fire.

Inspecting the mechanical connections between the battery modules can be difficult, though. Visible camera inspection systems can be used to verify the components are in the correct location and orientation, but they are unable to validate electrical continuity of the connections. In addition, the surfaces of the connectors are reflective, creating challenges with lighting and camera placement.

Manufacturers of electric vehicle battery modules often need to maintain historical records of the performance of each validation and end-of-line test. This requires them to utilize accurate and repeatable measurement tools so the resulting test data can be quickly compared to determine trends and potential problems. This data could also be used in defense litigation if poor connections result in a damaging fire.

Manufacturers have a long history of using thermal imaging cameras to inspect electrical systems. These cameras can be used to detect a rise in temperature caused by an increased resistance from poor or loose electrical connections. They can also help identify other potential problems including unstable loads, overloading on electrical circuits and degrading insulation or wire damage.

Fixed mount thermal cameras such as the FLIR A-series Smart Sensor can be easily integrated into the many automated processes in electric vehicle manufacturing. Connectivity to existing infrastructure or CMMS software using the FLIR Bridge Pro provides additional value and increases usability. Thermal cameras can not only identify hot spots, but also output accurate temperature information for every pixel in the image. This allows flexibility in the size and types of connections the end-user can monitor. Depending on the physical size of the battery pack, locations of the connections, and where the camera can be mounted, a single camera can also be used to check multiple connections at the same time.

Thermal camera use in the EV battery manufacturing and testing process can increase the confidence level in the integrity of the battery packs and cable connections. Fixed-mount models like the A70 can identify a higher number of potentially loose connections and result in less end-of-line failures of the battery system. FLIR A70 thermal camera monitoring testing on a battery pack.

FLIR Bridge, an Industrial Internet of Things (IIoT) edge gateway that collects thermal and sensor data in one hub, also allows manufacturers to streamline thermal data transfer into their preferred software. Bridge helps integrate thermal data with other sensor data and serial number information, so problem connections can be tagged for evaluation and possible repair. All of this allows for fewer missed connections, more information, and safer batteries in our vehicles.