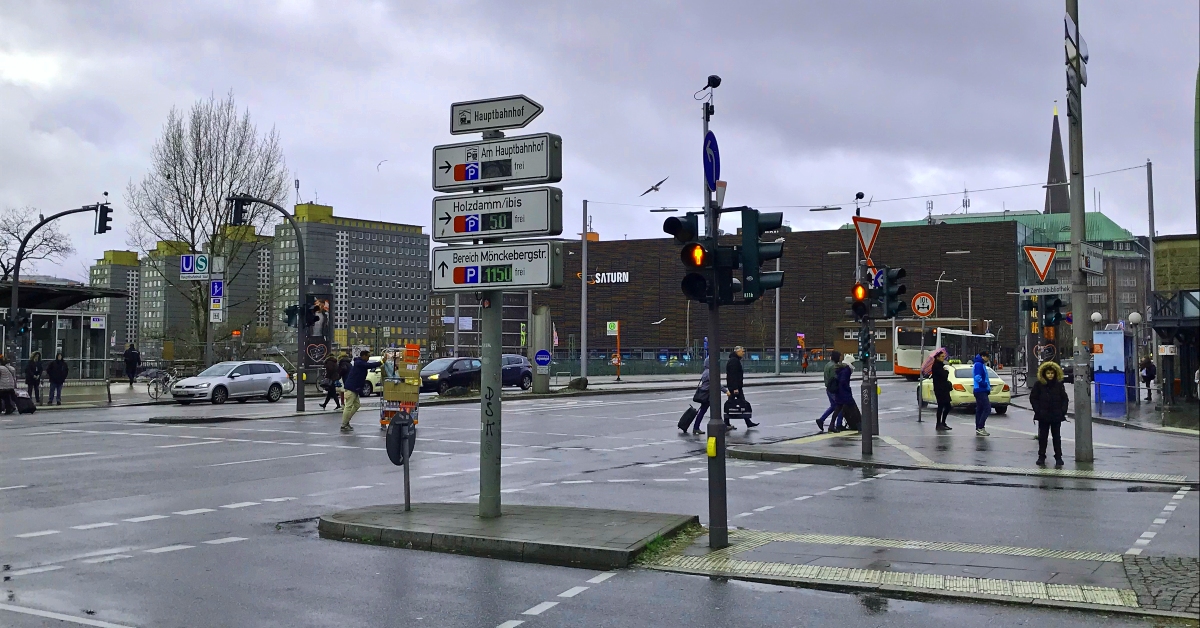 As one of the most ambitious smart city projects in Europe, Hamburg, Germany is determined to tackle its urban mobility and sustainability challenges head-on. To have better insights into its city dynamics, Hamburg strongly believes in digitizing traffic. Data collection and data analysis will allow the city’s traffic authorities to make smarter decisions. A new set of data will come from a vast network of FLIR thermal imaging cameras. 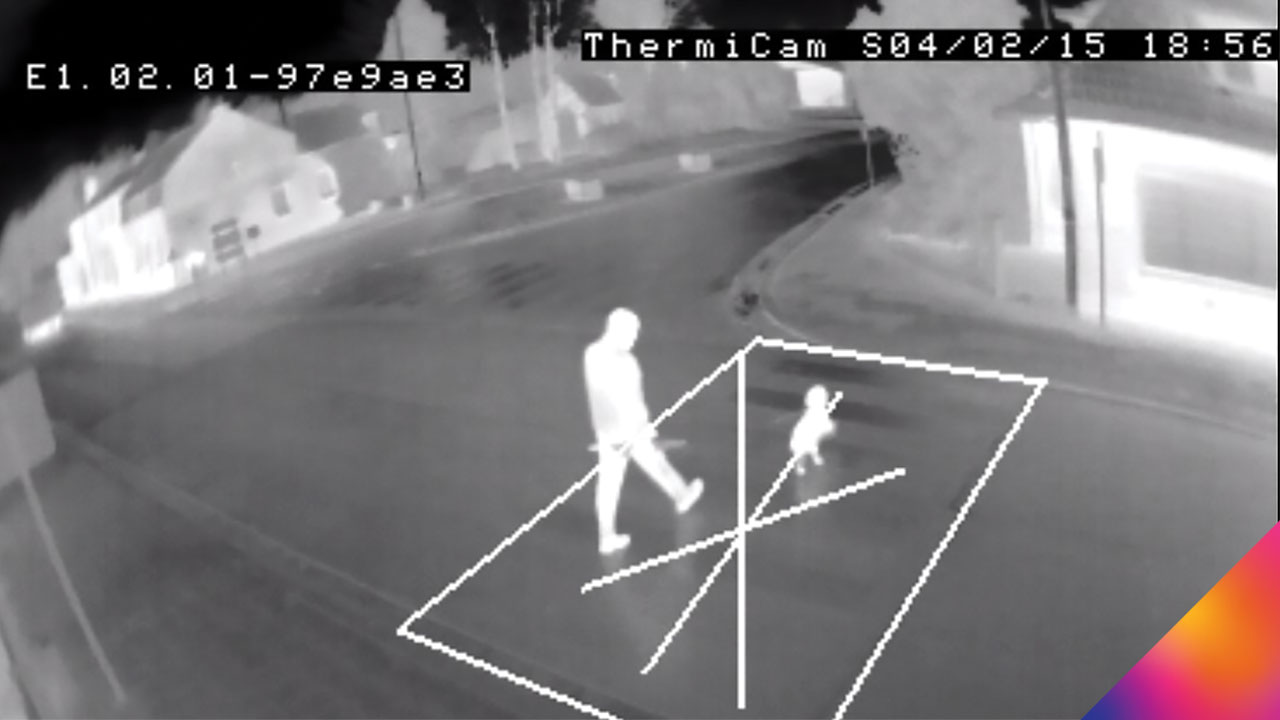 Hamburg is Germany’s second-largest city and a major port city in the North of the country. It is connected to the North Sea by the Elbe River. Hamburg is quickly building a reputation as Germany’s most innovative smart city. The city has launched no less than 60 smart city initiatives that address the city’s mobility and sustainability challenges.

Hamburg feels a high sense of urgency to tackle its mobility problems. According to a 2018 survey of German cities by navigation technology company TomTom®, Hamburg has more congestion than any other city in Germany, even Berlin. The study revealed that in 2018, Hamburg commuters encountered jams on 33% of road journeys, which means motorists lost on average 113 hours a year to traffic jams. 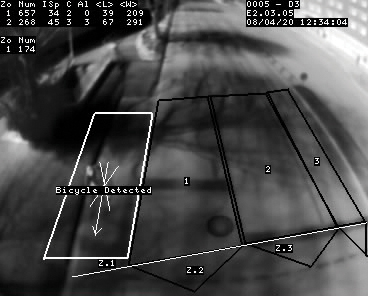 Hamburg city authorities are convinced that congestion can be mitigated by having a better picture of the traffic dynamics. Where in the city does traffic flow smoothly and where do traffic jams occur regularly? What traffic diversions make sense? And how are roadworks affecting traffic fluidity? Based on this type of traffic data, Hamburg traffic authorities want to make better traffic forecasts and smarter real-time decisions.

To meet its high need for traffic data, Hamburg Verkehrsanlagen GmbH (HHVA), the city’s public service provider for traffic control and infrastructure, ordered more than 2,000 FLIR thermal imaging sensors for vehicle and bike detection, to be installed on traffic lights and street lighting by 2021. The cameras are helping traffic controllers to adjust signals in (near) real-time depending on how busy the roads are. Furthermore, the huge volume of traffic data helps traffic managers to improve their long-term planning and reduce blockages.

Data collected by the FLIR sensors is fed to the city’s Urban Data Platform, a cloud-based platform that enables its users to evaluate the data in real time. One of the users of the platform is the Hamburg traffic police, who is using the data to optimize traffic light control and solve traffic issues, like unusual congestion or roadworks, much faster.

FLIR’s thermal imaging cameras will be used for two separate data collection projects, both of which will be managed on the Urban Data Platform. Most of the thermal cameras will collect data about the motorized traffic at approximately 420 intersections all over Hamburg. The plan is to install multiple thermal cameras per intersection to monitor traffic in every possible direction.

The FLIR sensors are capable of collecting traffic data, including volume, speed, occupancy, headway, gap time, and vehicle classification (including passenger cars, trucks, and bicycles). The integrated traffic data can be provided for each lane and each vehicle class separately. All this information will enable traffic managers to forecast traffic more accurately, simulate developments, plan for more or fewer lanes, make smarter decisions about parking management, and much more.

FLIR cameras attached to 45 street lights will be used to collect data about bicycle traffic for the Hamburg-wide Bicycle Traffic Counting Network project. The cameras are installed on important bicycle routes in the inner city, on major entry routes, and on the Elbe river crossing, which has heavy traffic due to the few crossing points.

The location of the counting points in the city road network should enable the city to investigate influences such as weather, public holidays, major events, construction sites, as well as the effects of traffic diversions on the volume of bicycle traffic.

According to city officials, counting bicycle traffic with FLIR thermal cameras is much more efficient and cost-effective. Whereas in the past, bicycles were counted via in-ground magnetic loops, optical sensors, or even manually, the FLIR sensors can be mounted on the existing lighting infrastructure and can monitor bicycle traffic 24/7. 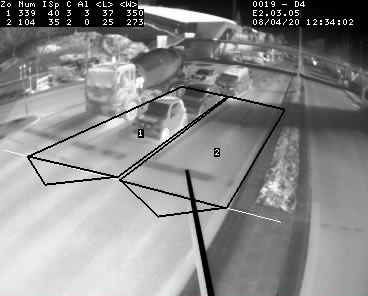 Hamburg can monitor intersections closely 24 hours a day in all weather conditions.

The city of Hamburg opted for FLIR’s ThermiCam 2, an integrated thermal sensor and detector for vehicle and bike detection. The FLIR ThermiCam 2 does not need light to operate. It uses the thermal energy (heat) emitted from vehicles and cyclists. This enables the sensor to detect vehicles and bikes over a long range, even in poor lighting conditions, in bad weather and at night. The thermal sensor also has no problem with shadows and intense sunlight; phenomena which are hard to deal with when using regular visible-light cameras. Being able to rely on the cameras in all conditions means Hamburg can monitor intersections closely 24 hours a day in all conditions.

Another important benefit is that thermal cameras present no privacy issues, which are a major hurdle for visible-light cameras. Although thermal cameras provide enough detail to know the type of vehicle (FLIR ThermiCam 2 collects data about five different vehicle classes), they cannot see faces or license plates.

The 2,000 thermal cameras installed across Hamburg will help traffic authorities to forecast traffic, reduce congestion, and make smarter decisions on roadworks or traffic diversions. But smoothening the traffic flows also has another benefit. Reducing congestion in the city will undoubtedly lead to less idling traffic, which in turn will improve the city’s air quality.

The national German government has adopted the EU’s Clean Air initiative, which lays out stringent guidelines for improving air quality in German cities over the next decade. FLIR sensors will help Hamburg and Germany to reach that goal.