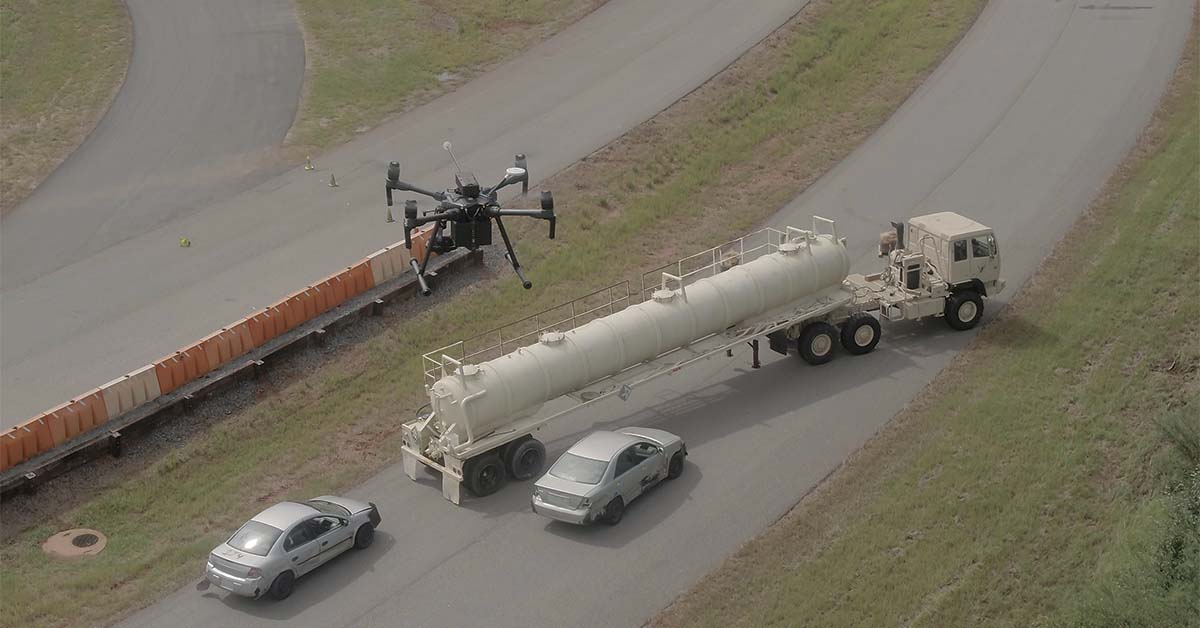 There have been several dangerous drone-related incidents recorded worldwide that have concerned global security personnel of all stripes. Each was an isolated event, of course, but what’s concerning is their part in a rising trend of violent and malicious attacks, carried out by remote pilots of Unmanned Aircraft Systems (UAS).

The solution to this problem is the implementation of robust, Counter-UAS (C-UAS) solutions that meet the threat of aerial attacks head on. An important takeaway from an analysis of these events is that affected individuals had no forewarning of a drone attack, leaving them entirely vulnerable.

A Rise in Drone-Related Incidents and Incursions

On November 11, 2021 in Iraq, for example, the Iraqi Prime Minister al-Kadhimi survived a drone attack to his residence in Baghdad, but not without significant damage to his home. The drone was reported to have carried and detonated explosives in the PM’s residence in the early morning, injuring at least five bodyguards, according to Al Arabiya.

In early October 2021, assailants were reported to have used drones to dump five liters of flammable liquid on a Minsk police station. In September 2021, drones were used to disperse a group of vaccine critics in Hanau by dropping a sack of unidentified substance with the message, “The people of Hanau think you reek.”

That same month in Brunswick, Virginia in the U.S., a drone carrying marijuana, tobacco, and cellphones bound for a Virginia correctional facility missed its intended target and landed outside a school, according to the Brunswick County Sheriff’s Office. Meanwhile in Ecuador, a similar trio of drones dropped a payload of explosives into a prison, targeting jailed drug cartel leaders.

These attempts mark a slew of potentially deadly incidents involving drones—but this issue has been ongoing for multiple years.

This rising trend is troubling because at the same time that drones are being used to carry out violent attacks, drones are also being implemented around the globe to create efficiencies and aid in critical tasks. Law enforcement, border patrol, and security personnel, for example, can use drones to conduct surveillance at a scale that individual officers could never accomplish. In the case of natural disasters, search and rescue teams are employing drones to gather crucial information and drop supplies into areas volunteers can’t reach. Drones are also improving asset maintenance for critical infrastructure customers—the list of positive benefits goes on.

In order to protect individuals and facilities from malicious drone attacks, what needs to accompany these developments of UAS technology are C-UAS solutions with technology powerful and preemptory enough to give any organizations at risk of drone attack ample time to detect, identify, locate, track, and mitigate an intruder.

Teledyne FLIR has brought together specialized radars and long-range, multi-sensor cameras—and paired them with complementary third-party radiofrequency (RF) detection systems and effectors under Cameleon to provide security personnel with a robust C-UAS solution.

Across the globe, these strategies are protecting high-risk targets from the most serious threats they face today. Bringing these technologies under one system guarantees their perimeters are secure, from ground and air-based threats, 24/7—offering peace of mind to all.