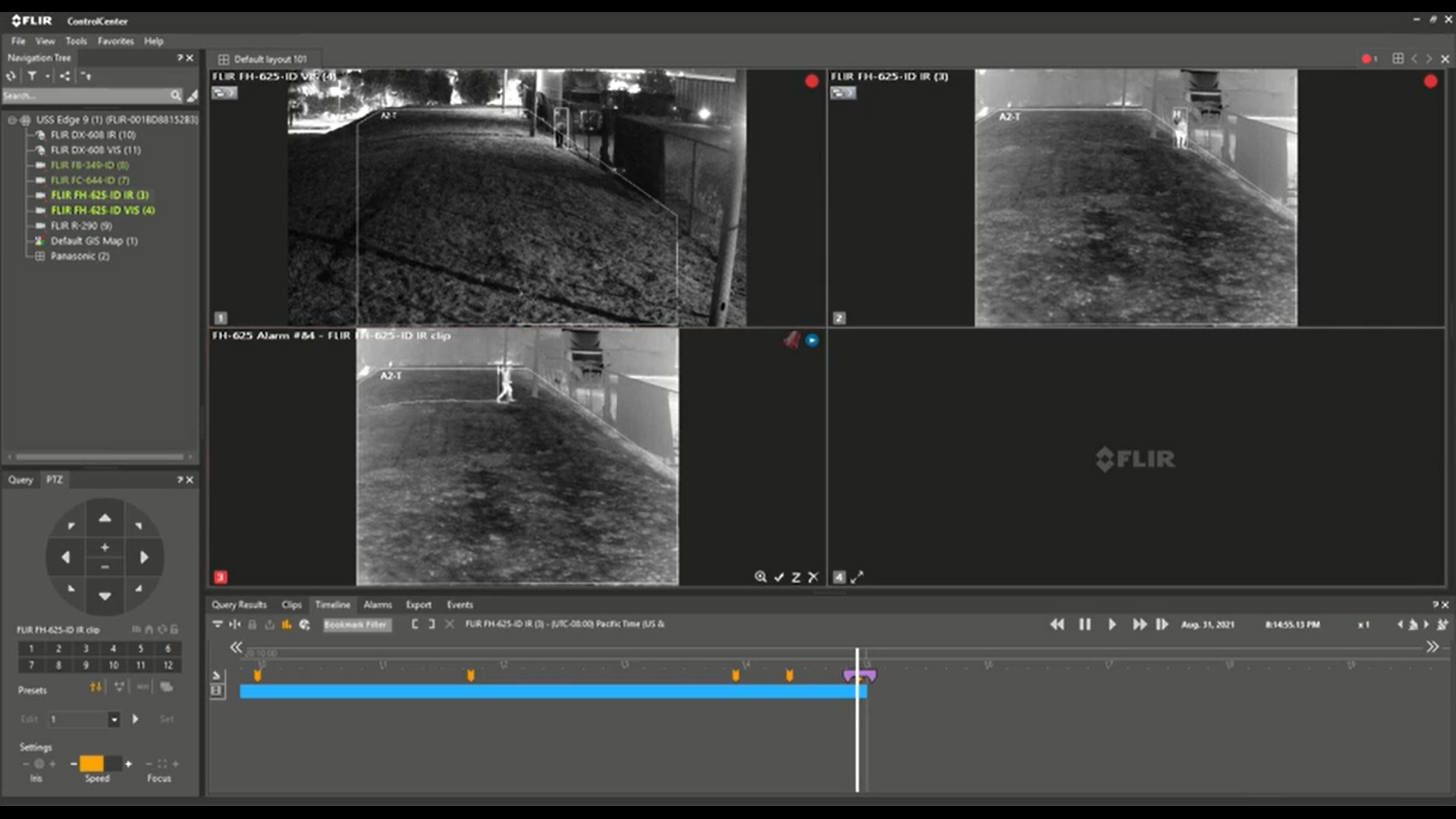 It’s common knowledge that the worst time to attempt a perimeter breach is midday, with the sun high in the sky without a cloud in sight. Any intruder worth their salt will wait either for the dead of night, a heavy fog to pass through, for wind, rain, snow—or all the above. Any adverse weather condition that affects security personnel’s ability to see clearly, and thus detect an intruder, is that intruder’s best-case scenario. Best-in-class surveillance technology, then, must deliver the highest possible detection rate in every conceivable condition.

The Importance of Thermal Sensitivity

Since becoming commercially available for security applications, thermal imaging has established itself as the most reliable technology for delivering clear images in conditions that normally blind visible cameras. However, not all thermal devices are made the same.

Entry-level products typically feature low thermal sensitivities and are thus still susceptible to conditions, such as rain, fog, snow—all of which decrease image contrast, lead to poor visibility, hinder detection accuracy, and result in limited situational awareness. Customers should be aware that some low-cost cameras from manufacturers hide poor sensitivity by taking NETD at 50°C instead of the industry-standard 30°C.

Additionally, detection rates are an incredibly important factor to consider when selecting a thermal camera for perimeter intrusion detection systems (PIDS). For outdoor perimeter applications, the reality is that the chances of having varying weather conditions are all but guaranteed. Therefore, having a camera with superior thermal sensitivity will make all the difference in the performance of the PIDS. The greater sensitivity a thermal sensor has, the better the detection accuracy will be.

Today, Teledyne FLIR provides industry-leading thermal imaging security cameras that set the standard for sensitivity. A prime example is the new FH-Series ID multispectral camera. Featuring a thermal sensor supporting <30mK sensitivity, an optical imager with 4K resolution, and built-in convolutional neural network (CNN) analytics, the FH-Series is designed to provide consistent, accurate detection and classification of human and vehicle threats in the harshest environments. By deploying the FH-Series, security operators gain a camera that is always on, always working and that minimizes false alarms, which lowers the overall total cost of ownership.

When conditions change on a dime, a security camera has to be able to withstand that shift. The most reliable and robust devices are those that deliver high quality, clear images, regardless of adverse weather or lighting scenarios. When building your perimeter security system, make sure your thermal cameras have superior thermal sensitivity to keeps intruders out and assets safe, every hour of the day, whatever the condition.