Teledyne FLIR (Stand # 1646) is going full force at the Dubai Air Show 2021, with demonstrations of many of its leading thermal and visual sensors for the defense market, as well as holding strategic meetings with regional customers and partners, hosted by senior leadership.

Teledyne FLIR senior executives traveling to DAS 2021 include recently named Vice President and General Manager of Surveillance Systems Dr. JihFen Lei. Dr. Lei joined the company after serving as Principal Deputy and Acting Director of Defense Research and Engineering at the U.S. Department of Defense, as well as previous work at NASA and the White House Office of Science and Technology. 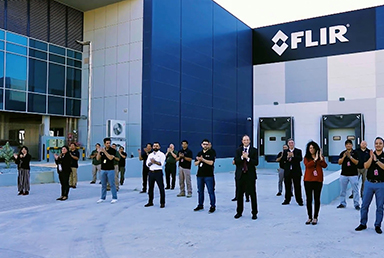 Teledyne FLIR is making a significant corporate commitment to the Gulf region, with increased localization of its workforce in the UAE, plus new teaming alliances and plans to expand its presence in Saudi Arabia.

The firm has maintained a service and sales capability in the UAE for nearly 14 years and recently invested millions to build-out additional workspace to sustain its growth and better support customers in the region.

Earlier this year, the company opened FLIR Systems Middle East (FSME), a state-of-the-art service and support center based in Dubai. Located next to Al Maktoum International Airport, the new 37,781 square foot (3,510 square meter) facility is home to over three dozen skilled technicians, engineers and other staff working in the UAE. The FSME Lab services a wide range of thermal and visual imaging sensors, including the Star SAFIRE® product line. Lab techs also can service unmanned systems such as the Teledyne FLIR SkyRanger® R70 Unmanned Aircraft System (UAS) sold widely in the region. Technicians perform product warranties, repairs and calibrations, as well as optical alignments and laser testing. Regional customers see the value in faster repairs, with the new facility cutting turn-around time by more than 50%.

In other UAE developments, Teledyne FLIR is working closely with EARTH, a subsidiary of UAE’s EDGE Group, to transfer maintenance of Joint Aviation Command’s FLIR airborne sensors to the EARTH Electro Optics Center of Excellence (EOCE) in Abu Dhabi. More than three years in the making, this effort will see FLIR partner with all parties and ensure that the company’s FSME Service Center can serve as a backstop to EOCE to ensure timely repair and maintenance of critical regional defense systems. 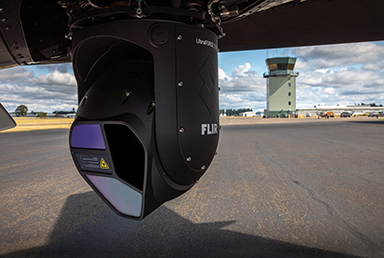 All the parties plan to come together at DAS for an event celebrating their mutual support and cooperation in the UAE.

In the KSA, Teledyne FLIR recently signed a Memorandum of Understanding with Altadrea Manufacturing Company, (TMC), one of the largest armored vehicle manufacturers in Saudi Arabia, to build strategic cooperation in the military and security sector. The agreement will support advanced research initiatives and increase competitiveness in the market.

“Signing the MoU with TMC reaffirms our commitment to the region and the Kingdom, and we are pleased to be teaming with such an innovative organization to develop shared opportunities for growth,” said Teledyne FLIR Vice President of Business Development for Defense Technologies Arne Skjaerpe.

During the Dubai Air Show, the company will showcase its world-renowned Star SAFIRE® 380 line of airborne imaging systems, including the 380-HD, -HLD, and HDc – as well as its recently launched 380X upgrade featuring augmented reality, digital mapping overlays, and other ‘intelligent imaging’ capabilities. Teledyne FLIR has sold its first 380X technology upgrades to customers in the GCC region.

Teledyne FLIR will also demonstrate the UltraForce 350-HD and UltraForce 275-HD sensor systems, offering multi-spectral HD imaging designed for airborne homeland security, combat, patrol, surveillance, reconnaissance, and search and rescue programs. These systems can endure long missions, with the UltraForce 350 an optimal solution for rotary- and fixed-wing aircraft, while the extremely low SwaP UltraForce 275 is designed for lightweight manned and unmanned airborne platforms. Built in Europe with no U.S.-sourced components, UltraFORCE 275 and 350 both are non-ITAR products.