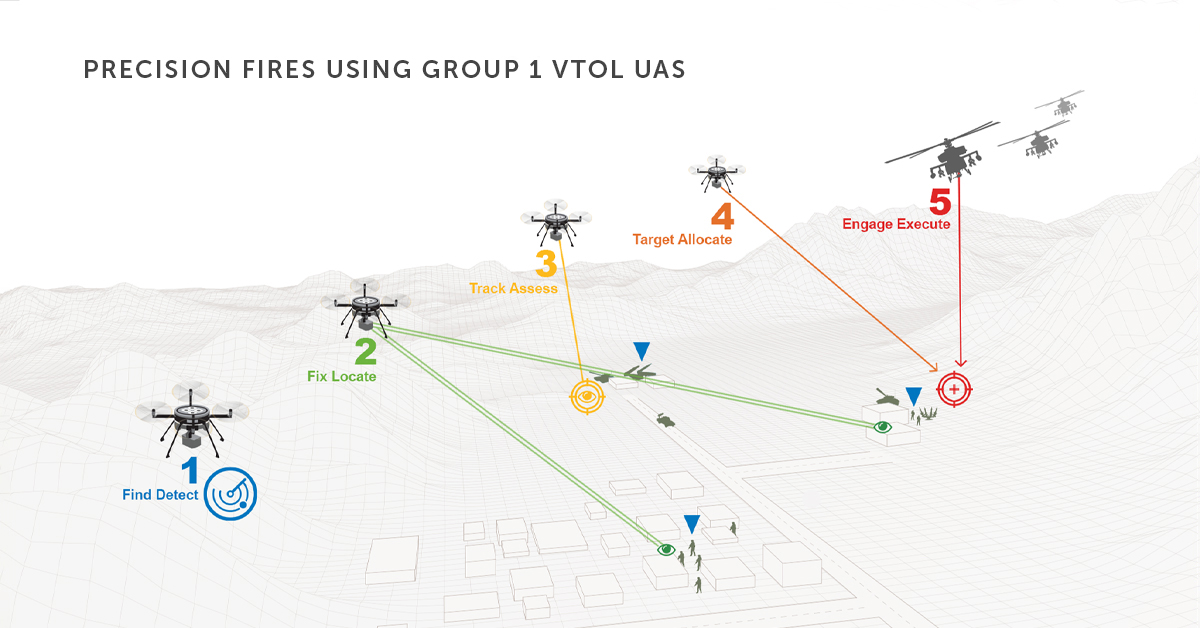 The paper, ‘The Proliferation of Precision Fires,’ discusses how every warfighter on the battlefield benefits from technology that enables them to call for fires anytime and in any environment. Precision fires rely upon the accurate delivery of precision guided munitions onto targets using a variety of methods. Options include laser or Global Positioning System (GPS) guidance systems as well as inertial navigation units embedded into the munition, any of which help deliver an effect to within several meters of a target, even at extended ranges.

The strategic importance of precision fires continues to be underlined by the ongoing war in Ukraine. Ukrainian Armed Forces have successfully deployed precision fires to destroy Russian positions and materiel while minimizing collateral damage to civilian populations and critical infrastructure.

“Recent advancements will enable units operating at the lowest tactical level to quickly setup a small UAS; attach an LTD; and then launch, find, and designate targets for laser-guided munitions from safer, stand-off positions,” Lei added.

The paper concludes with a quote from U.S. Army Chief of Staff, General James McConville, who sums up the goals of the Pentagon’s approach to precision fires: “We don’t want to be indiscriminate when we conduct precision strikes and as we move to the future, we’re going to be using all types of sensors. We are going to have a lot of capability for long range fires and having people on the battlefield who can do that is going to be very important.”

Teledyne FLIR, a Teledyne Technologies company, is a world leader in intelligent sensing, unmanned systems, and integrated solutions for defense and industrial markets, with roughly 4,000 employees worldwide. Founded in 1978, the company develops a wide range of advanced technologies to help professionals make better, faster decisions that save lives and livelihoods. To learn more, visit teledyneflir.com or follow @flir. #AnyThreatAnywhere