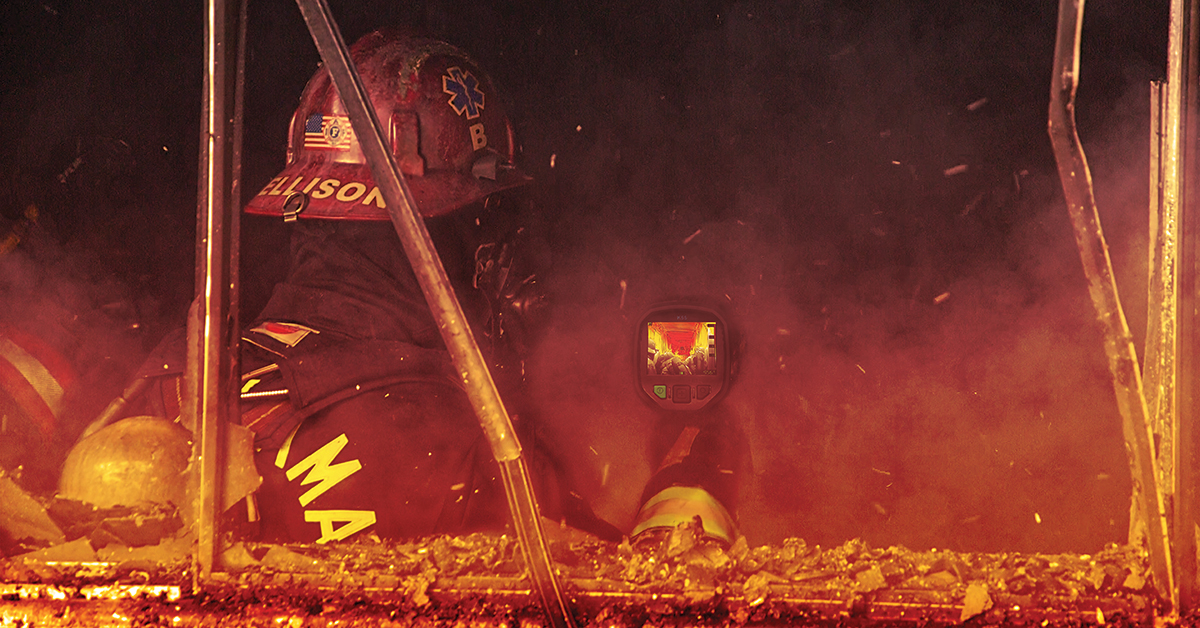 Widespread thermal imaging access has greatly benefitted the fire service. Search and rescue, fire suppression, and overhaul efforts have become more efficient and successful largely in part to having more thermal imaging cameras (TICs) in more hands. As these tools become better and more cost-effective, recognizing the need for tactical thermal imaging starts with understanding the challenges that firefighters face inside burning structures.

Thermal protection is paramount when leading interior attacks, and modern firefighters have far superior personal protective equipment (PPE) than their predecessors. Early turnout gear lacked the high-tech fabric worn today, pushing NASA and the U.S. Fire Administration to kick-off Project FIRES, an initiative “toward the development of improved protection for structural firefighters.” Ultimately, this led to the development of NFPA 1971. Advancements in material sciences have continued to outfit the fire service with high-performance, high-mobility PPE; however, the societal adoption of modern building materials presents new dangers to firefighting. 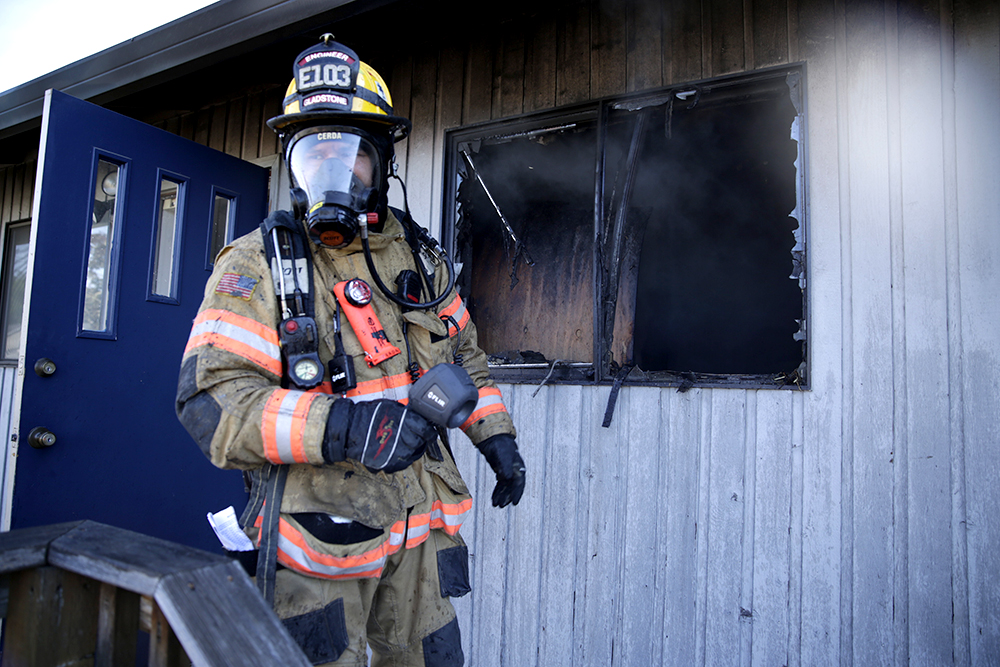 Structural fires are burning faster than ever. A shift to synthetic materials and open floor plans in residential construction has dramatically increased the rate at which fires progress. Modern rooms can flashover in under four minutes, an alarming contrast from the previous 30-minute mark experienced in older construction. Occupants used to have an average of 17 minutes to evacuate; now they only have a four-minute window to get out.

Despite access to exceptional SCBA and three-layer PPE gear, today’s firefighters cannot rely solely on protective equipment. The fast-moving nature of residential fires paired with overconfidence in high-performance PPE can be a dangerous combination. The high thermal protection of modern turnout gear means that an interior firefighter may not recognize thermal insult before it is far too late. With fires that change in an instant and gear that protects until its breaking point, it is more important than ever for firefighters to understand modern fire behavior and make more informed decisions faster.

Like improvements in material sciences, innovations in technology have done their part in pushing the fire service forward. The adoption of TICs introduced a newfound efficiency for fire ground tasks such as scene size-up, hot spot identification, search and rescue, and hazard detection. These early applications largely focused on identifying anomalies within a scene and leveraging basic functions of TICs didn’t always require formal training. Modern firefighters are entering the most dangerous structural fires to date, PPE is being pushed to its failure point, and advanced TICs are being used in the same capacity as their bulky, low-resolution predecessors; this practice is a recipe for failure. The use of thermal imagers within the fire service must continue to evolve to meet or exceed the demands of the modern fire environment facing firefighters. 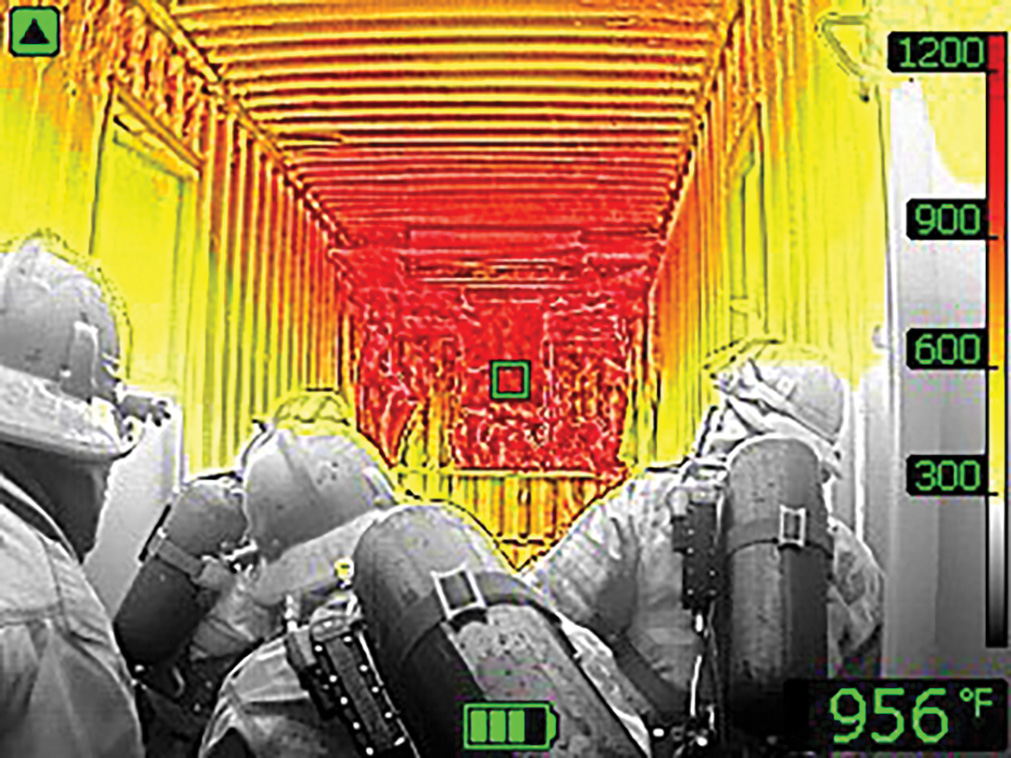 Firefighters can leverage quantitative data from high-performance TICs, such as the NFPA-compliant FLIR K65, to make key decisions during an interior attack. The ability to interpret temperature data in a variety of thermal color palettes allows for greater situational awareness and understanding. Information provided by thermal imaging can assist safer “Go/No Go” decision making and more precise stream placement, while simple concepts, such as recognizing the differences between high and low sensitivity modes, can be the difference between saving lives or making a costly mistake.

A TIC in low-sensitivity mode will adjust the color palette to differentiate between high temperatures (typically up to 1200˚F) and display lower, still-dangerous temperatures in grayscale. For example, the contrast between a victim’s body temperature and their surroundings may not be immediately apparent in a low-sensitivity thermal image. Beyond SAR efforts, tactical thermal imaging makes it possible for first responders to reliably anticipate fire growth, the direction of travel, convection current dangers, and risk of thermal insult. 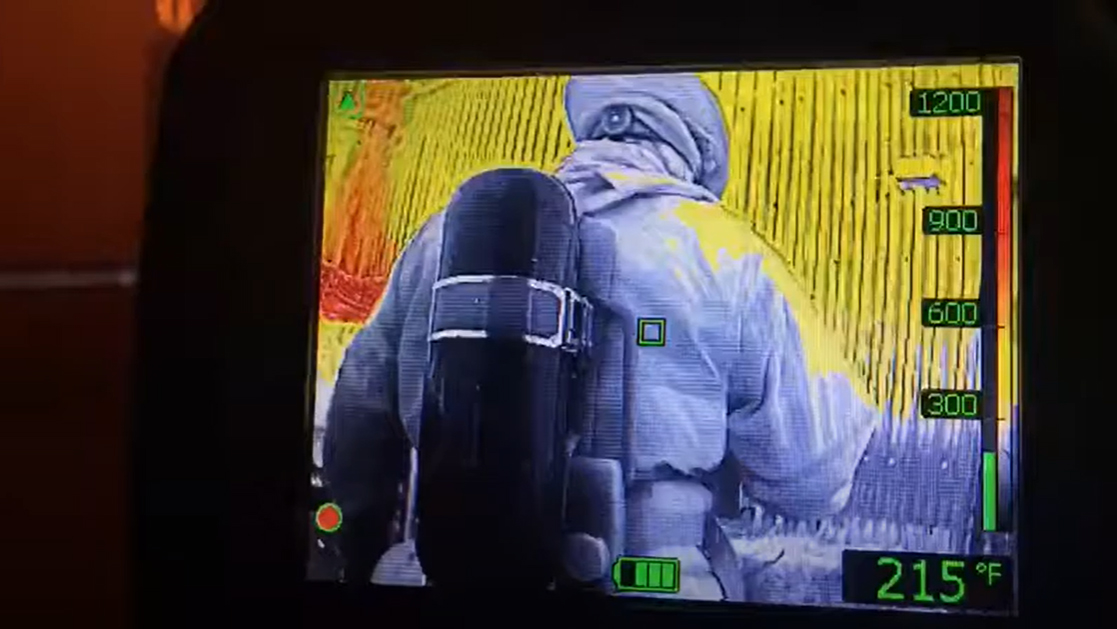 As TICs continue to become more advanced and cost-effective, the fire service needs to ensure that personnel skillsets progress alongside technological innovation. Understanding how to fully leverage these tools is invaluable when confronted with the challenges of modern structural fires. Hands-on training, such as live fire classes with instructor Andy Starnes, helps firefighters supplement their knowledge of fire behavior with reliable temperature data.

Too often, tactical decisions are made based on incomplete information—when the tool needed to make informed, life-saving decisions is likely already in-hand. It’s time to use TICs to their fullest potential.