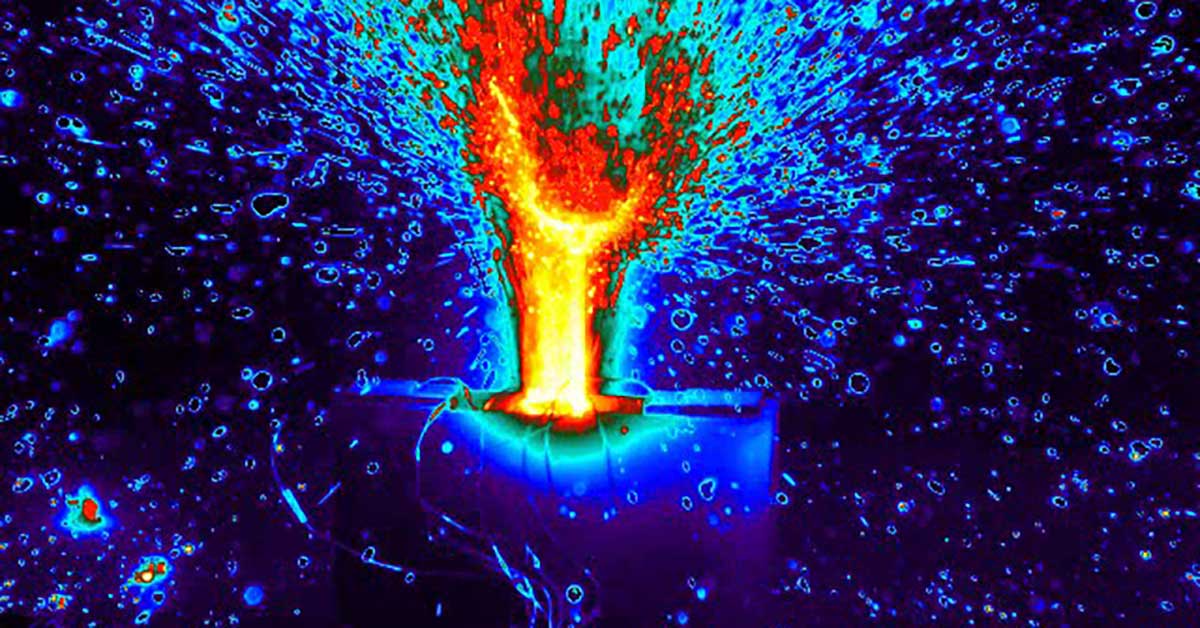 The Battery Innovation Center (BIC), located in Newberry, Indiana, is a collaborative nonprofit that focuses on the rapid development, testing, validation, and commercialization of safe, reliable, and lightweight batteries for commercial and defense customers. Part of their testing process includes extensive abusive testing, exposing batteries to the worst-case scenario to determine and address the resulting safety issues. To gather the most data possible from these tests, BIC uses a Teledyne FLIR high-speed thermal camera that reveals heat details other technology can’t capture.

“When we do a test, we want to collect as much data as possible, and we want to have confidence that our data is accurate,” explains Ashley Gordon, Director of Programs at BIC.  High speed thermal imaging ensures they can collect the most comprehensive and accurate data possible.

BIC’s Important Role in the Industry

Drawing on a broad depth of knowledge, and through collaboration with industry leaders, academia, and government agencies, BIC provides their customers with the assurance and results-based data needed to ensure their products are as safe as possible. “We do everything from make batteries, design batteries, test and evaluate batteries, to help train the industry for the next generation of advanced energy storage,” says Ben Wrightsman, President and CEO of BIC.

“Testing is absolutely critical,” he continues, explaining how the demand we place on batteries has risen steeply in recent years. As battery models evolve to meet that demand, verifying both their performance and safety is increasingly important.

Their customers range from startups through to the largest global OEMS and manufacturers, who are on the leading edge of developing emerging technology. “We have a lot of customers in the electrified vehicle space, or the EV space, and they’re really focusing on safety,” says Gordon. “They're trying to bring in that next generation to help our devices last longer for grid storage, but also to make safer batteries, so there's less chance of the hazards for those people using them.

“From consumer products through to EV’s and Grid storage, we see it all… and handle all of the respective chemistries that are currently deployed for batteries.” 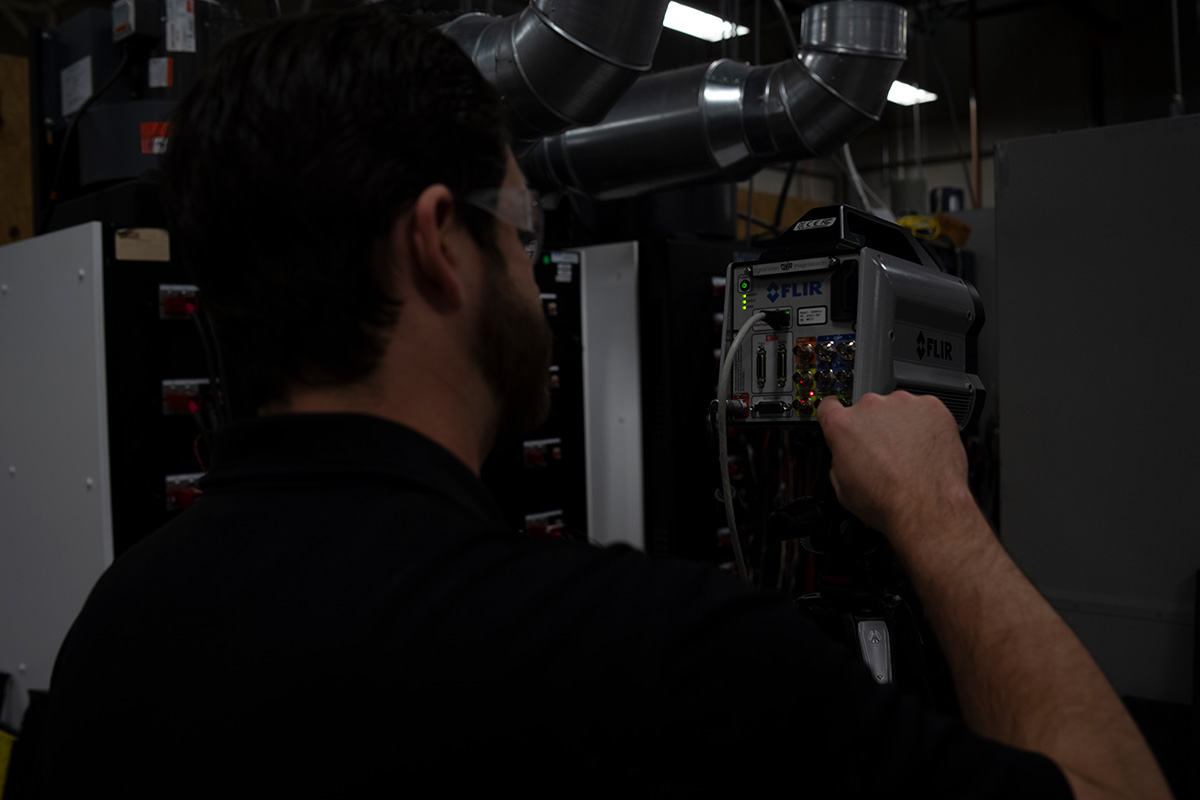 Accidents will inevitably happen, and when they do, it’s important to know how the batteries will respond—if they will catch fire, how quickly, and how likely they are to catch surrounding materials on fire as well. “We replicate the worst-case scenario so that we can gather that data and then know what to expect,” explains Gordon.

BIC’s high-speed thermal imaging camera, acquired towards the end of the year in 2020, has become key to how they gather data.

The Limitations of Thermocouples

“Before we had a thermal camera, it was pretty much bulk thermocouples and more general IR devices,” says Dr. James Fleetwood, Research Director at BIC. Thermocouples, inexpensive temperature sensors consisting of two different wires, are commonly used in the industry to test temperature. However, they come with a number of limitations, particularly for the kind of testing performed at BIC.

The main drawback to thermocouples is that they can only measure one spot at a time. “If I just use the thermocouple, I’m going to have a contact point temperature reading. Meaning it’s going to read just right in that one position that it’s in,” explains Rodney Kidd, Lab Technician at BIC.

The placement of thermocouples is also subject to bias. “It's a self-fulfilling feedback,” says Dr. Fleetwood. “You don't actually know where the hot spots are. You just have measurements associated with where you think they are.”

One of the abusive tests that batteries are subjected to is nail penetration, which simulates short-circuiting and may cause the battery to overheat and catch fire or even explode. “If we do a nail pin test and you’re limited to just thermocouples, you would have to really place—really, a thousand thermocouples across the face of that cell just to get a firm understanding of the temperature profile that’s going to bleed out throughout the cell,” says Kidd. 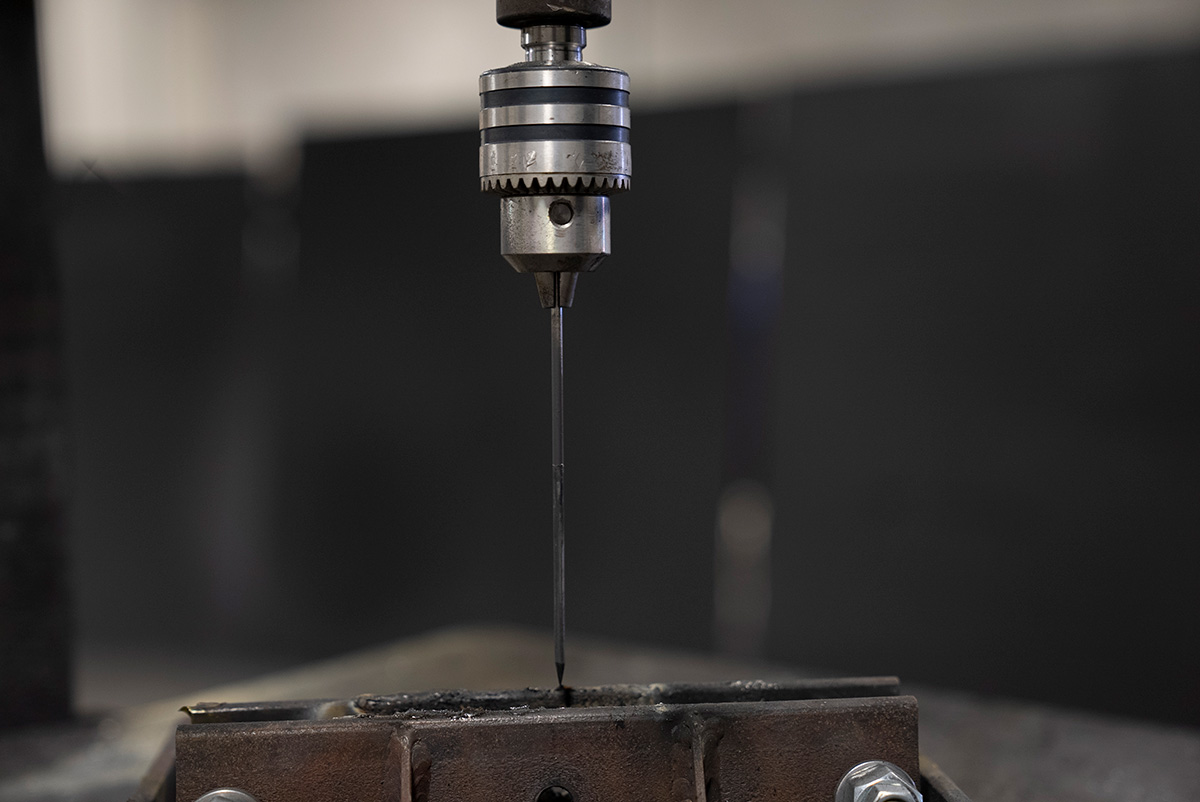 Understanding how the short-circuit and the spreading heat will cause gases to build up, and where those gases and other cell materials will be expelled—and how hot they are—is important for engineers to know when designing batteries. “We’re not going to be able to always stop the battery fire,” explains Kidd, “but we can mitigate the damage and extent from that and direct it into a safe path.”

“That is something that we were not able to capture before with just thermocouples and regular IR cameras,” says Kidd. While they could see debris coming out, the material would cool down immediately on hitting the atmosphere. “With the high-speed camera,” he explains, “I can slow that down and catch this material that’s coming out upwards of 5, 6, 700°C sometimes, and then at even greater temperatures.”

Unlike thermocouples, which must be placed directly on the spot to gather temperature data, thermal imaging provides simultaneous data about every point on the battery. “It gives a bigger picture,” says Gordon, “and it's collecting obviously a lot more data points that can help with analyzing it and kind of coming up with the next test that we want to do.”

With thermal imaging, engineers can easily see not only what’s going on outside the battery when it’s exposed to an abusive test, but also what’s happening inside and how the heat is progressing. “We can immediately see how the temperature is propagating, and we can immediately see if we're getting hot spots, even if we don't have a thermocouple right on that spot,” Gordon continues.

The result is that thermal imaging provides much more information than just a pass/fail certification. “That thermal profile tells you a lot more about how the thermal management system is working, than whether the system lit on fire or didn't light on fire,” says Dr. Fleetwood. Not only does thermal deliver large amounts of data in every frame, but also provides a way to visually understand what’s happening during testing. “I think everyone generally can understand an image—a video—showing its own profile, over an Excel sheet with thousands and thousands of numbers and generic graphs in it.”