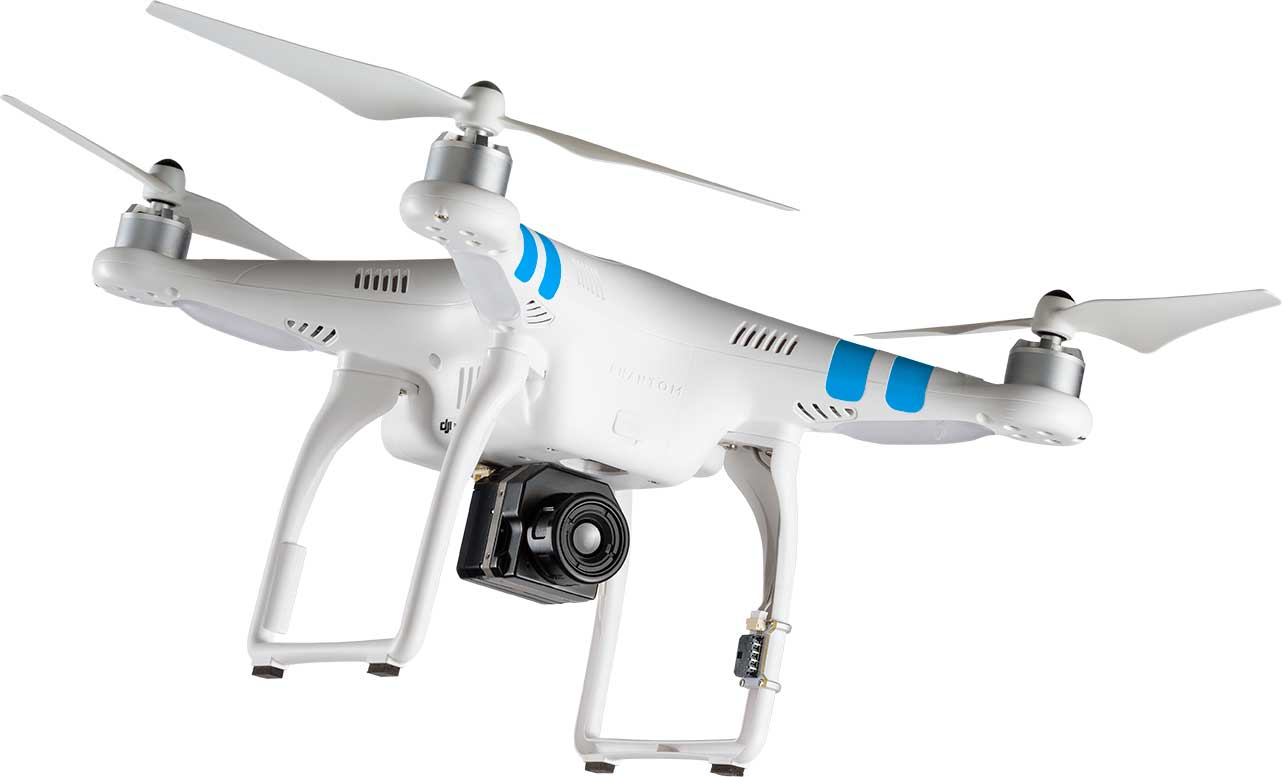 In addition to providing the same easy power-in/analog video-out connection that has been so popular on the FLIR Vue, the FLIR Vue Pro records digital thermal video, along with thermal still images, to an on-board micro-SD card. For applications such as electrical inspection, infrastructure assessment, and precision mapping, this on-board recording allows operators to capture thermal data for later analysis. Video files can be recorded in either MJPEG or H.264 format, while the 14-bit still images provide high dynamic range imagery for mapping and survey applications.

The Accessory Port gives users direct control of camera functions like changing the image’s color palettes, starting and stopping recording, and the camera’s e-zoom, making the Vue Pro much more flexible and capable of adapting to mission requirements in flight. With MAVLink compatibility, the FLIR Vue Pro interfaces easily with the standard flight control systems used for mapping, survey, and precision agriculture missions. It can be configured to automatically capture images and annotate each image with the aircraft’s position and other critical flight information. These images are then instantly compatible with leading imaging stitching and orthomosaic-creation software like Pix4Dmapper.

As a result of the FLIR Vue Pro’s Bluetooth interface with a custom app available for iOS and Android devices, camera set-up is easy for both professionals and hobbyists. Through the FLIR Vue Pro app, operators can configure functions to ensure the best imagery possible for their conditions without having to connect the camera to a computer.

The FLIR Vue Pro has been recognized as a recipient of a 2015 IoT Evolution Drone Innovation Award and is being showcased at Interdrone in Las Vegas from September 9th to September 11th. It will be available to purchase later in 2015 from FLIR.com as well as through international drone camera dealers. Pricing for the FLIR Vue Pro begins at $1,999. To learn more about the FLIR Vue Pro, please visit www.flir.com/flirvue